Many of Singer’s stories speak directly to his vegetarianism.  Earlier stories in this collection (Collected Stories: Grimpel the Fool to The Letter Writer) addressed animal rights. This theme becomes stronger in the collection Seance and Other Stories, published in translation in 1968.  In “Blood”, collected with other stories in Short Friday, Singer connected sexual perversion and excess to the indiscriminate slaughter of animals.  He also case doubt on the entire profession of kosher slaughtering.  No matter how much education the slaughterer acquired, he was still one step from a murderer and easily seduced by criminal behavior.  I think he was casting doubt on the possibility, in the modern world, of kosher butchering.  Behind closed doors, with just the slaughterer and his victim the rules of ritual slaughter cannot be enforced.  (I understand that this is the heart of Jewish vegetarianism as a movement, which argues that all industrial and modern meat processing is inherently against God’s laws.)      In his preface to Food for the Spirit by Steven Rosen, Singer wrote: ” Vegetarianism is my religion. I became a consistent vegetarian some twenty-three years ago. Before that, I would try over and over again. But it was sporadic. Finally, in the mid-1960s, I made up my mind. And I’ve been a vegetarian ever since.  When a human kills an animal for food, he is neglecting his own hunger for justice. Man prays for mercy, but is unwilling to extend it to others. Why should man then expect mercy from God? It’s unfair to expect something that you are not willing to give. It is inconsistent.  I can never accept inconsistency or injustice. Even if it comes from God. If there would come a voice from God saying, “I’m against vegetarianism!” I would say, “Well, I am for it!” This is how strongly I feel in this regard.  In orthodox religious circles, this would be considered heretical. Still, I consider myself a religious man. I’m not against organized religion, but I don’t take part in it. Especially when they interpret their religious books as being in favor of meat-eating. Sometimes they say He wants sacrifice and the killing of animals. If this is true, then I would never be able to comply. But I think God is wiser and more merciful than that. And there are interpretations of religious scriptures which support this, saying that vegetarianism is a very high ideal.  Whether the mass of people accept the vegetarian interpretation of religion or not really doesn’t matter. At least not in my life. I accept it implicitly. Of course, it would be wonderful if the world adopted vegetarianism, on religious grounds or any other. But this is not likely. I am a skeptic, it’s true, but I’m also realistic. In any event, what the people in general do will not affect me. I will continue to be a vegetarian even if the whole world started to eat meat.” 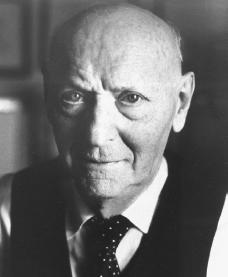 Now, while I have little patience for the religious path to vegetarianism.  Like Singer, I find God’s existence, non-existence, or revealed guidelines for life irrelevant.  Without too much trouble, one can get to vegetarianism from utilitarian and environmental arguments just as easily, without clouding the question with dubious God-claims.  While I find moralism about vegetarianism and veganism tiresome and unlikely to persuade, I am a vegetarian because the killing and eating of animals reinforces hierarchical sensibilities between people, and between men and women, and between people and the natural world.  If we want to crush authority, we must address authority in our daily lives and the most common for of violence most humans participate in is the consumption of meat.

There are a handful of stories that speak to Singer’s disgust with the production of meat.  “The Slaughterer” is the opposite of “Blood.”  In “Blood” a brutal slaughterer turns from his profession – and meat eating – only after being driven to the depths of violence, thievery, and sexual indiscretion.  In “The Slaughterer” the title character (Yoineh Meir) was unwillingly appointed the town’s ritual slaughterer.  He suffered at the death of every animal he caused.  He was the exception to the rule mentioned in other Singer tales, that for some people slaughtering or murdering are the only two possible professions.  His job forces Yoineh Meir to meditate on death, to engage in deep study of religious texts, and the morality of his profession.  “Verily, in order to create the world, the Infinite One had had to shrink His light; there could be no free choice without pain. But since the beasts were not endowed with free choice, why should they have to suffer?  Yoineh Meir watched, trembling, as the butchers chopped the cows with their axes and skinned them before they had heaved their last breath.  The women plucked the feathers from the chickens while they were still alive.” (548)  His disgust with the horrors of his job eventually leads him to suicide.  His point seems to be, that if ritual slaughtering can cause so much suffering in a good man, how can participation in that system be moral?

“Cockadoodledoo” is told from the perspective of a chicken and we are reminded that celebrations for humans are often the end of the line of beasts.  “I have seen a rooster castrated and force-fed.  I know the end all too well: death.  Whether they’ll make a sacrifice of me for Yom Kippur, whether they’ll put me aside until Passover, Succoth or for the Sabbath of Moses’ Song of the Red Seas, the slaughterer waits, the knife is sharp, everything is prepared: the tub for soaking, the salting board, the gravy bowl, the stew pot, or maybe the roasting over.”

In “The Letter Writer,” a sick, bachelor who was left mostly alone by the Nazi crimes against European Jews meditates on many things but in a striking and often-quoted passage is able to feel empathy for a mouse.  He also is one of the first to contrast the meat-packing industry with the Nazi death camps.  “All other creatures were created merely to provide him with food, pelts, to be tormented, exterminated.  In relation to them, all people are Nazis; for the animals it is an eternal Treblinka.  And yet a man demands compassion from heaven.” (750)

This completes some of my thoughts on the first volume of Singer’s work.  I have decided to set aside the remaining two novels.  I have acquired a book contract and this will require me to review Melville in detail.