To worship rank and distinction is the dear and valued privilege of all the human race, and it is freely and joyfully exercised in democracies as well as in monarchies–and even, to some extent, among those creatures whom we impertinently called the Lower Animals. For even they have some poor little vanities and foibles, though in this matter they are paupers as compared to us. “Does the Race of Man Love a Lord? (514)

The final decade of Twain’s writing reveals the depth of his cynicism and frustration with humanity. The Chinese writer Lu Xun believed these later writers exposed Twain as a misanthrope. At least is reveals his disgust with the world as it is, in all its pettiness and corruption. Lacking in Twain’s view of the world, at least in these later works, is a belief in the potential for human solidarity. Even with Adam and Eve is was difficult to achieve.  In this post, I will look at Twain’s writings from 1901-1905. His major accomplishments from this period include his greatest anti-imperialist writings and the completion of his series of fictional writings of Adam and Eve.

The essay, “Does the Race of Man Love a Lord?” brings forth one of the most important questions anarchists need to answer: Why is it so common on human history for one man to oppress thousands or even millions. Twain is not always the most promiscuous with answers to the conditions he critiques, but he does venture one here. He suggests we are very easily seduced by the symbols of power and distinction. Hierarchy creates a situation where any one of us can partake in the “little distinctions.” We accept a big lord because it makes us possibly a little lord.

All the human race loves a lord–that is, it loves to look upon or be noticed by the possessor of Power or Conspicuousness; and sometimes animals, born to better things and higher ideals, descend to man’s level in this matter. In the Jardin des Planets I have seen a cat that was so vain of being the personal friend of an elephant that I was ashamed of her. (523)

The same point is more of less made in “The Czar’s Soliloquy,” in which the Czar confesses that the only thing standing between him and destitution and powerlessness is his clothing. The story consists of a divine right ruler asking the same question so many anti-authoritarians have asked throughout the ages:

A horse with the strength of a hundred men will let one man beat him, starve him, drive him; the Russian millions allow a mere handful of soldiers to hold them in slavery — and these very soldiers are their own sons and brothers! (643-644)

Twain presents a quite convincing argument that it is again the accoutrements of power that matter. We have seen this in The Prince and the Pauper, A Connecticut Yankee, and even Joan of Arc, where Joan does little more than convince the French King that he is rightful (basically giving him a new hat). 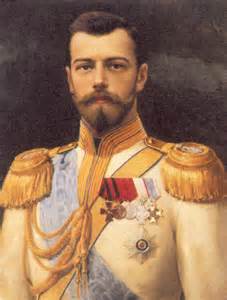 In Twain’s later life, the most grotesque abuse of power was the expansion of the European and American empires across the globe. This inspired his two great anti-imperial essays, “To the Person Sitting in Darkness” and “King Leopold’s Soliloquy.” Both are satires addressed to the victims and enemies of empire. The later exposes the vapid and brutal reality of Belgian rule in the Congo, and by presented the defense, he exposes the argument’s weakness. In both articles, the argument presented in favor of empire is also a matter of accoutrements, in this case civilization, business, and Christianity. These are all elements of American presumption that Twain has been at war with for much of his career. What the West was exporting to the rest of the world were precisely its most ridiculous, hypocritical, and anti-social characteristics. As Russia was forced to muse: “It is yet another Civilized Power, with its banner of the Prince of Peace in one hand and its loot-basket and its butcher-knife in the other. Is there no salvation for us but to adopt Civilization and lift ourselves down to its level?” (465) “King Leopold’s Soliloquy” is a more brutal document, inspired by the exploitation of the Congo in the late nineteenth and early twentieth centuries. King Leopold is presented as a self-conscious man, needed to defend his actions from the public, the press, missionaries, and the English critics. Of course Leopold has a point that his critics often had shameful records of their own and shares with Leopold the view that “Civilization” is so valuable that any degree of violence is acceptance in achieving it. In this way, the argument is not that far from the one in “The Czar’s Soliloquy,” but instead of thee display of power being used to gain popular support for hierarchy, they are being used as a more direct justification. Civilization is the ultimate accoutrement of power in the age of imperialism.

This is their style! I furnish “nothing!” I send the gospel to the survivors; these censure-mongers know it, but they would rather have their tongues cut out than mention it. I have several times required my raiders to give the dying an opportunity to kiss the sacred emblem; and if they obeyed me I have without doubt been the humble means of saving many souls.

By closing the article with King Leopold’s confession, “I know the human race,” we get the sense that Twain connected empire with his earlier questioning of why it was possible for the few to rule the many.

Twain’s answer to this harsh reality of human nature seems to be Adam and Eve, those original rebels who refused to submit to the lawmakers. The most moving aspect of Twain’s series of tales about the life of Adam and Eve is how they started as strangers with great differences and end up with a profound and convincing solidarity. Adam’s gasp at Eve’s grave sums this up”

Whosesoever she was, there was Eden (709)

Eve’s explanation for their bind was based on difference. She loves him not because of his many good qualities and labors, but because he is masculine and “mine.” We also observe that their relationship is based on incredible struggle and personal trauma: the expulsion from the Garden of Eden. This had to be recreated in their relationship and I would like to think exists still in those examples of shared solidarity.